The below place mat was used to guide the discussion among the participants. Three options were presented and deliberated over, and the info graphic below shares some of the opinions and data from the discussion.

This topic provided a lively discussion among participants, with many exchanging stories and personal values.

*Update:* Our public deliberation forum was one of many ways that the Baylor’s Student Government used to compile the opinions of students, staff, and faculty. Based on this information and other sources of opinions, the Student Government passed on their opinion that a majority of the community wanted to ‘opt-out’ of the Campus Carry Act. On February 12, Baylor President and Chancellor Ken Starr announced our official opposition to the Board of Regents. Read more about that here. 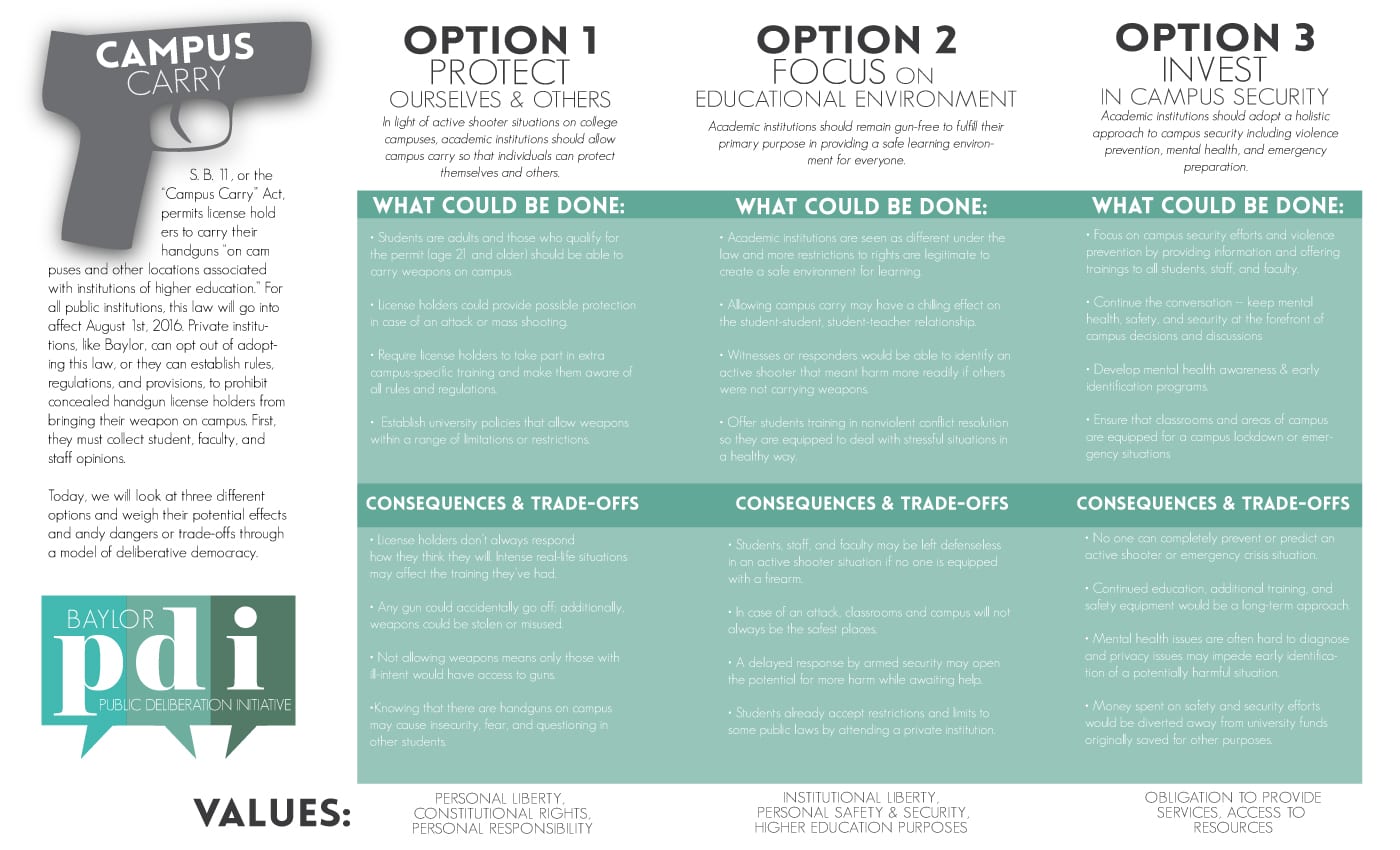 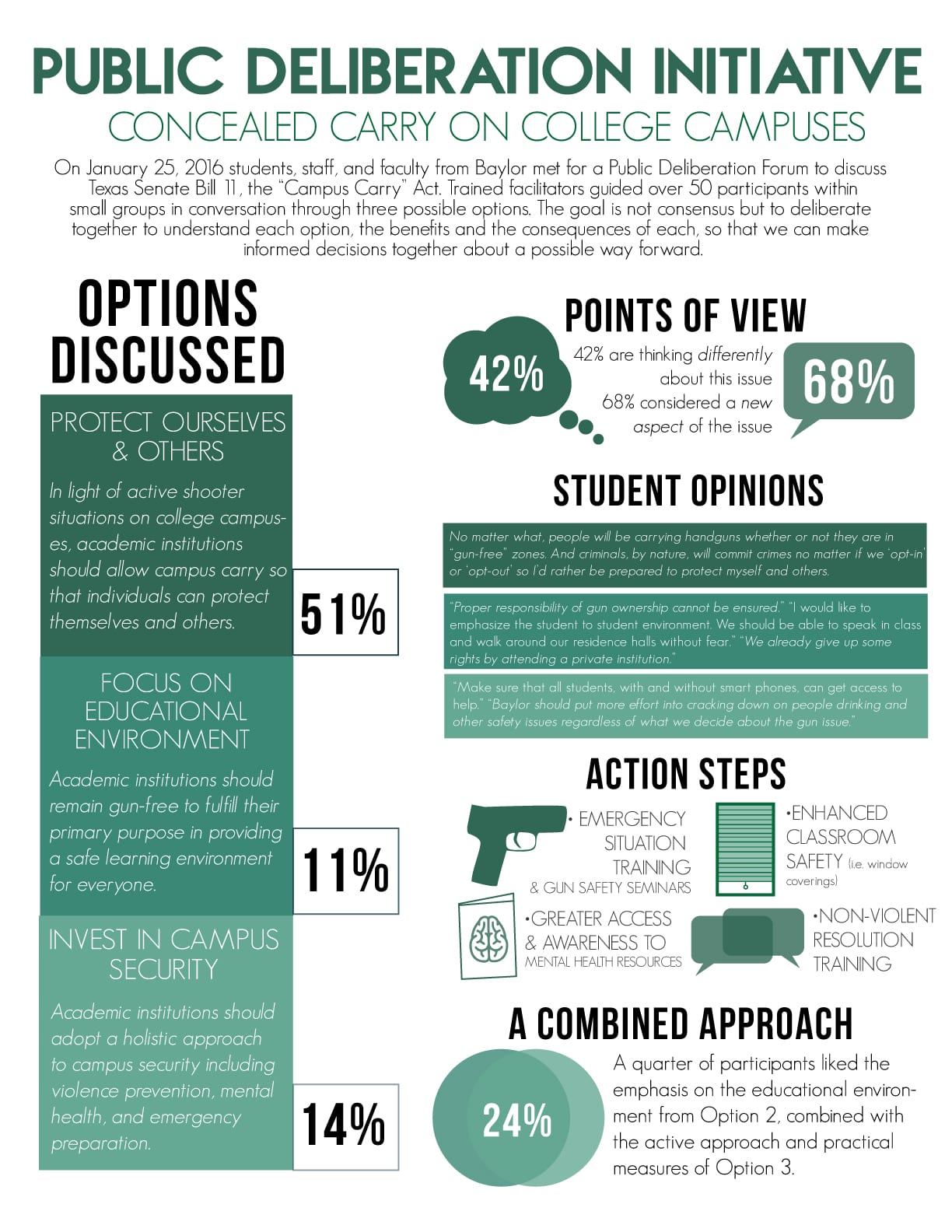 More information was compiled from the six different groups including additional points to consider, questions that were posed, and action steps participants wanted:

Questions that were posed: